No, not in the literal sense silly.  I can’t carry a tune in a bucket and the only thing I can play is the radio.  See?  I know from literal.

I certainly hope no one minds though if I toot my own horn (again, not literally – that would be awful!). 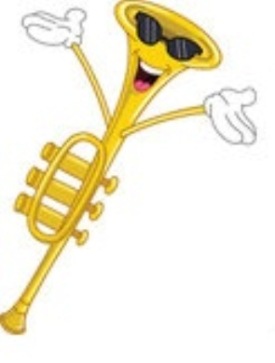 Today I rescued one of the attorneys in our office.  Wait – I guess that makes me a S U P E R H E R O, not a rock star.  Hmm, well anyway.  Attorney P was dealing with tracked changes in a Word document.  His secretary and I were both trying to figure it out because it was a rush project.  Since our local Word guru was out today, we finally resorted to calling the main word processing group in the home office.  Someone in that department called Attorney P to find out more, but when he tried describing the issue they had no idea what he was talking about!  These are supposed to be the experts in processing documents for heaven’s sake!

So I turned to Uncle Google and once I (with a little help from yet another secretary) figured out how to frame the search query –  wham! there was my answer.  Well, it wasn’t quite that easy; none of the results addressed our specific problem, they were more how-tos than how-to-fix-its.  But I finally saw someone else had posted an identical problem on a board.  The answer provided by the “expert” on the site was more of what I’d already tried which was frustrating.  Then I skimmed down the comments from other users, and lo and behold there it was!

I didn’t want to get my hopes up yet again (I’d tried multiple possible fixes over the previous half hour) but I selected the comment, printed it and carried back to Attorney P’s office.  As we drilled down through the menus he said it was looking familiar.  By the time we got to the window where he actually got to do something besides open another menu, he knew we were on the right track.  He’d unchecked this box before in the office he transferred from, but that had been some time ago and he’d forgotten.  In addition, because of the recent software upgrade he didn’t know how to find it in any case.

He thanked me and I left him to get on with his revisions.  Sometimes it just works and you feel like you really know what you’re doing.  And when you don’t you turn to Uncle Google.  I guess that makes Uncle Google the superhero — but hey, it was ME who did the googling after all!  I think that qualifies.