Everyone knows that things change, right?  Stagnation is not good and as reluctant as some of us may be to deal with change, it happens.  I for one, loathe the very idea of change.  Maybe because I spent the early part of my life ricocheting all over, sort of like the ball in a pinball game.  We lived here, then we lived there, then we moved back here.  I lost count of how many schools I attended before fourth or fifth grade.  See?  I don’t even remember when we stopped bouncing.  But even that was only a temporary respite before our mother came and took us back to live with her.  Then she moved us again.  At least that particular move was within the same county.  And heck, I got to attend the same high school all four years.  Progress I guess.

Fast forward umpteen years to 2015.  A few weeks back–maybe as long as a couple of months ago actually–I was promoted to “lead secretary”.  This amounted mainly to a new title as I was already performing most of the tasks the lead handles.  Life went on without much additional change.  I struggled to figure out a backup system for when one or another of us had to be out.  That might not sound difficult but I have one secretary who has 6 people on her desk on a regular day.  I can’t always expect her to have the capacity to help when someone else is out.  Another of my secretaries only supports one professional, but she doesn’t have the bandwidth to offer help either.  Her workload is hugely different from that of the rest of us and other than the occasional copying or scanning, she can’t provide much assistance.  Plus she works with attorneys in some of our other offices around the country which ties up her time.  (She has since asked to be returned to her previous secretarial group because she felt so bad about not being able to help us.)

There are now six secretaries in our group, counting me.  Each of us has at least 3 attorneys on our desk, most have 4 and as I mentioned, one has 6.  So if one or more of us is out – well, you do the math.  It can get crazy-aunt busy around here.  But I’d come up with a plan that seemed fair and, on paper anyway, looked like it would work.

Fast forward again to a couple of weeks ago.  I received a call from the HR rep who said the Director of Administration was sitting in her office and they’d like to see me.  Oh, and don’t worry.  Phew!  She could have led with that, right?

Big changes are afoot.  The firm has mandated that support for associates who are in their first, second or third year out of law school, be provided from a team rather than individual secretaries.  This announcement wasn’t supposed to roll out until everything was in place for its initiation at the beginning of May, but apparently rumors were floating about and a secretary brought them to the attention of the Administrative Partner (or the Local Poohbah).  LP met with the Director and the HR rep and they decided to make the announcement early to get the facts out there.  I never heard the rumors but I’m guessing they were way, way over the top if they inspired an early reveal.

As you might imagine, this wasn’t happy news.  To some of the secretaries already supporting those associates it sounded like a death knell.  Other secretaries heard translated “shared services team” into “secretarial pool” and cringed.  The Powers That Be in our local office are trying to spin it as positively as possible.  In making the announcement, LP started off by saying there would be no layoffs.  (They can learn!)  She then explained that our office had dragged its feet (so to speak) as long as it could get away with it.  We were one of the last large offices to switch to the team model.  Because there is no choice, we have to make this new model work, and hopefully fit into our Northwest culture in as effective a manner as possible.

Enter me, and four other secretaries in our office.  We are The Team.  Oh and did I mention I still get to be Lead for my group?  Whoopee!

*Pretty Spectacular Support Team – my initial thought for a team name.  I doubt it will fly but it made me and at least one of the other secretaries smile. 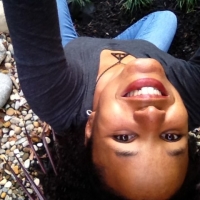 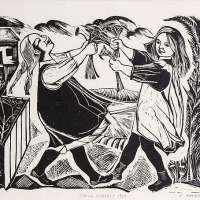